The first step is to cut all the shapes out of the felt. Using a pencil, draw the shapes onto the felt so that you know where to cut. You will need two of each the bird’s body, eyes, wings, and beak.

The bird body can be as detailed or as simple as you would like. For the wings, cut out two heart shapes, and for the beak, two small triangles. For the eyes cut two slightly larger circles out of white felt and two smaller circle out of black felt.

Once all the pieces have been drawn and cut, take a few cotton balls and lay them on top of one of the body pieces.

Place some glue all around the edge of the bird shape and stick the other body piece on top, pressing around the edges so that the cotton balls are in the middle, creating stuffing.

Stick the two wing shapes on either side of the body.

On the head of the bird, first stick a white circle on each side of the head, then on top of this, stick the black circles.

Take the beak shapes and stick these on the front of the bird. You will need to stick the two beak pieces to each other as well as the head of the bird. 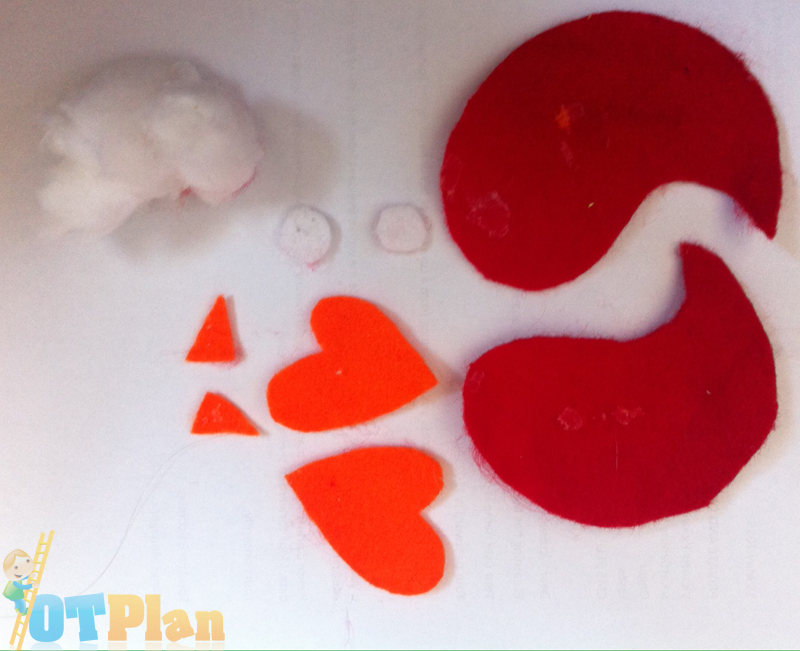 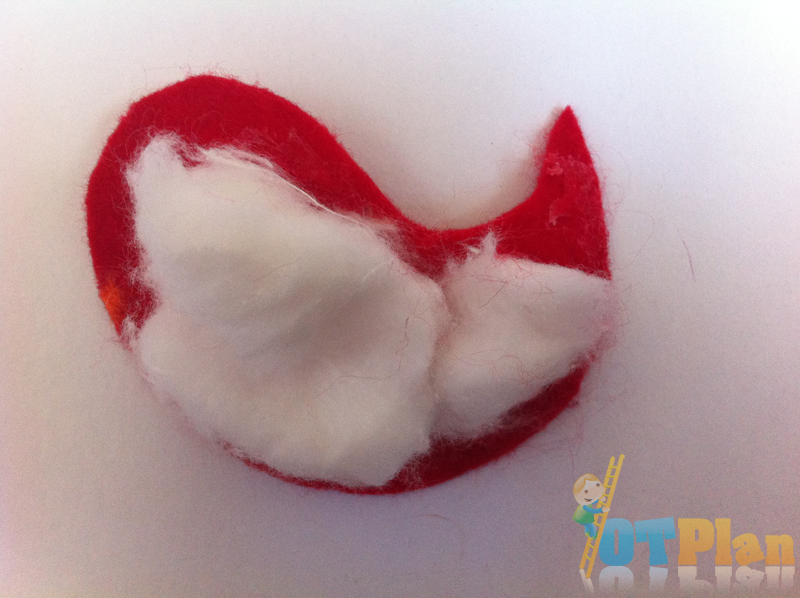 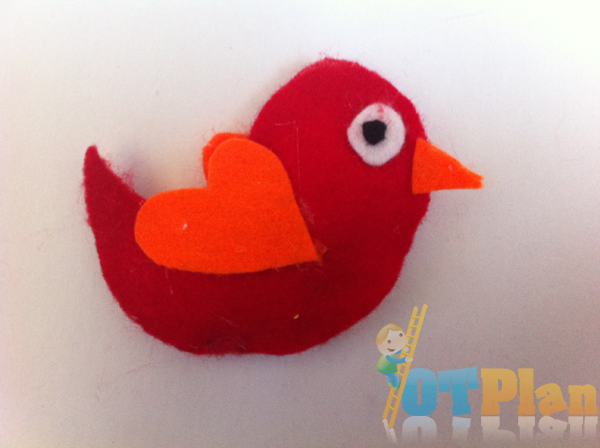 Skills in a Box - Mastering Developmental Skills
Skills in a Box has all the materials and instructions needed to keep working and promoting skill development at the convenience of your home.

OTPlan helps you find activity ideas for pediatric occupational therapy by skills to promote or by common materials.

Our boxes provide all the materials and instructions needed to promote and develop specific skills delivered to your door.